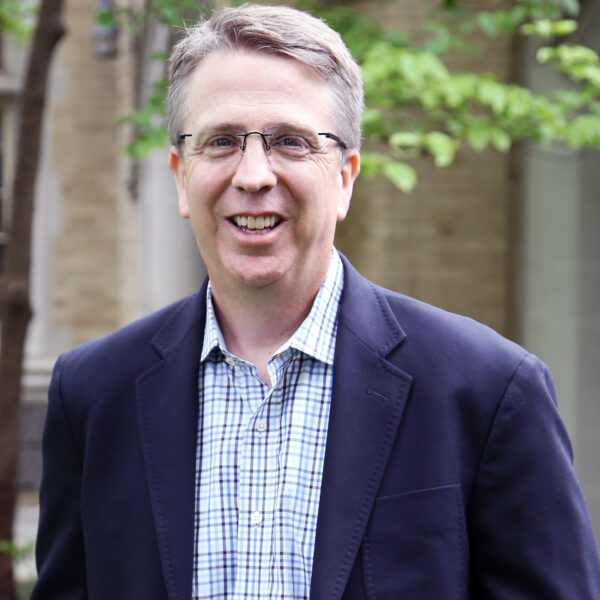 Paul Rasmussen is Senior Minister at Highland Park United Methodist Church in Dallas, Texas. Prior to entering seminary in 2000, Paul served as an assistant men’s basketball coach at Centenary College for five years. During his tenure, Centenary was one of seven NCAA schools to graduate 100% of its players. Paul left coaching in 1997 to pursue a career in sports marketing where he served as the National Sales Director for SportsCare USA, Inc. Paul left the corporate world to pursue his call to ministry and has served on the staff at Highland Park United Methodist Church since 2000.

Paul began an internship at HPUMC while studying for his Master of Divinity from SMU’s Perkins School of Theology. In 2001, he began preaching at Cornerstone, Highland Park United Methodist Church’s contemporary worship service. Under his leadership, Cornerstone has expanded to include one service on Saturday night and two services on Sunday Morning with a weekly attendance of 2000. He led the project to renovate and restore the satellite Munger Place Church UMC campus in East Dallas and also played a key role in HPUMC capital campaign to expand the contemporary worship, build a new Family Activity Center, and renovate and restore the new satellite campus in northwest Dallas, The Grove (formerly known as Schreiber Memorial Church).

Paul is dedicated to continuing an outreach emphasis. “For 100 plus years HPUMC has led the way of Christian service in the city of Dallas and we never let up on that charge. God has blessed this church in so many ways and we have an obligation to leverage those blessings for the greater good of the city.”

A native of Shreveport, Louisiana, Paul is a fourth generation United Methodist minister. He holds an undergraduate degree in History from Centenary College of Louisiana, a Master of Arts from the University of Richmond, and a Master of Divinity from Southern Methodist University Perkins School of Theology. Currently, he serves on the Methodist Health System Foundation Board of Trustees and the St. Philips School and Community Center Executive Board.

Paul and his wife Ashley, a real estate agent in Dallas, have three children: Paul, Jr., Arden, and Luke.

← Back to all Staff