In the footsteps: Camp-to-Career creates path for success

Get involved with Impact!

Help fight poverty, promote justice, and serve others. Make an impact by volunteering to serve in the church, in your community, and globally.

When you think of camp, thoughts of playing games, making friends, and getting your energy out in the summer sun might come to mind. For campers and Wranglers (a nickname for volunteers) at Stoney Creek Ranch in New Ulm, Texas, HPUMC’s Camp-to-Career, formerly known as HPUMC Outreach Camp Scholarship Fund, is all this and a whole lot more! It’s a life-changing experience for children and youth, ages 9 to 17 from the southern sector of Dallas. Campers attend camp for a week of fun and fellowship, but the Camp-to-Career journey doesn’t end there.

Since 1970, Camp-to-Career has impacted the lives of area inner-city children and youth by offering them a week of fun in the midst of God's creation. Over 23 years ago, the concept of a Wrangler was born, creating a camp leadership opportunity for parents and grandparents to get involved with their children and grandchildren. Wranglers attend camp with our campers every summer for the 18 coveted spots. Last summer, seven of our 18 Wranglers were former lifelong campers.

In 2019, Lori Glanzer, HPUMC Impact Coordinator, after years of wanting more for the kids who “aged out” of camp at 17, started a program for seniors. It includes a Summer Civil Rights Pilgrimage through Mississippi & Alabama along with a Spring Break Pilgrimage through Memphis and Little Rock, where students could connect with their heritage. From there the updated Camp-to-Career was born, helping kids transition into adulthood and beyond.

Camper turned Wrangler Bryan Mack knows this to be true firsthand. Mack attended camp from ages 11 to 17 and has been working as a Wrangler since he aged out as a camper in 2004. His mother, Doris Mack, has been Lori’s right hand at the camp, fundraising, touring camps, and attending every get-together they host since Bryan started going to camp in 1998. Now, his son and daughter have followed in his footsteps, becoming campers themselves.

“The transition from camper to Wrangler is awesome, to be able to see the kids go through some of the same things that I went through as a child,” he said. “It’s a very rewarding feeling to see everyone grow and have some of the same footsteps that I had. The most meaningful thing is to see the kids every year be happy and have fun. That's the biggest reward to me because I know how camp worked for me in my life, and I see the same positive transition in those kids.”

The camp gives kids from urban and inner-city environments the chance to be outdoors and dive into God’s word in a safe and fun space. For Mack, it also helped him get out of his shell and a safe space to grow and build connections.

“It's like you get a week to relax, play, have fun and take a bubble bath in Jesus,” he said. “It's an environment free from any type of persecution or downfalls. You can be yourself and just have a good week of love and surround yourself with good people. It is just life-changing…and then to add the word of God to it. It’s only been positive for my life.”

For kids who come from a similar environment to Mack, the camp is a breath of fresh air.

“They need a break in the routine,” Mack said. “Some parents don't have the time to spend with their kids or take them to do these types of activities, or they might not have the finances.”

The program, which pays for nearly 75% of the cost of the camp, helps solve this problem. Mack said that this aspect of the campers’ lives can be challenging at times and a lot of the times they don’t realize they can relax in this space and escape their realities.

“The kids step outside, open up and maybe let you know about some stuff that they're dealing with at home and raise some concerns to possibly get them some help,” Mack said. “So when they leave here, they can get that help back home. You're coming away from home, and this is a safe space. You don't have to worry about being cool. Just have fun, and then we'll get back to reality in a couple of days.’”

Along with making sure the kids have fun, Mack and his fellow Wranglers aim to help the kids feel well equipped for life after.

“The biggest thing that's in my heart when I leave camp is just making sure that the kids are prepared to deal with going back to reality,” Mack said. “It’s like, ‘Hey, you know, we are here in this safe space. Now we're leaving. It's up to you to create a safe space and spread the word and spread the knowledge that you learn at camp to possibly try to help someone else.’”

Mack, who has known Glanzer since he was a camper at 11, is now part of a group that works together every year for Camp-to-Career events. Having a tight-knit bond with Glanzer and the other Wranglers has become “second nature,” he said.

As part of the program, senior students also have the opportunity to go on a civil rights pilgrimage through Jackson, Mississippi, Montgomery, Alabama, and Selma, walking the same path as Dr. Martin Luther King, Jr. and other civil rights activists in 1965. Through this trip, they are taught painful history and the importance of their journeys.

“Everything’s a test,” Mack said. “So you just have to have that ultimate faith in God and to believe that everything's gonna be okay. You’re going to be tested, but that only means that you’re alive. How you respond to those trials and tribulations is what makes your character.”

Mack, who has dealt with trials himself, has a biblical and important message for his life.

“I live by a motto and I mean, everyone knows it—there's no faith without works,” Mack said. “So you have to depend on God, but you also gotta get up and work yourself.”

“There's a lot of children that have come through this program, and it's changed their life. So when they bring their kids back, that's the result that you see. It’s ‘Hey, I wanna bring my child here, I wanna bring my little brother here, my cousin, my family members.’ And so you get people bringing everybody because they had that experience and they want their family members to have the same experience.” — Bryan Mack, Camp-to-Career Wrangler 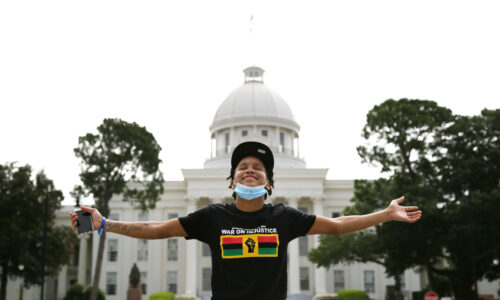 Civil rights pilgrimage: The fight of the past, passed to the future 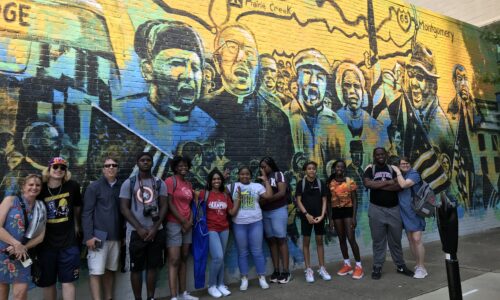 Looking back on the impact of our civil rights trip 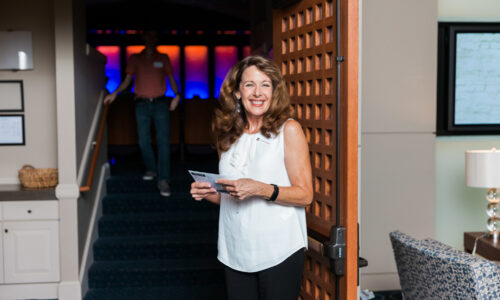 Eight ways you can serve this summer